If you’ve had even the most fleeting thoughts about losing weight recently, then it’s likely some mysterious algorithm has picked up these brainwaves and populated your social media feeds and internet searches with the latest fad diets and detox miracle pills.

But, doctors, nutritionists and dieticians have expressed concern over the proliferation of these celebrity-endorsed fad diets and supplements, warning they very rarely deliver the results they claim to and could even damage people’s health in some cases.

Luckily we’ve gone through some of the most popular, and frankly ludicrous, fad diets being promoted right now to help you understand the difference between the effects they claim to have and the effects they actually have. 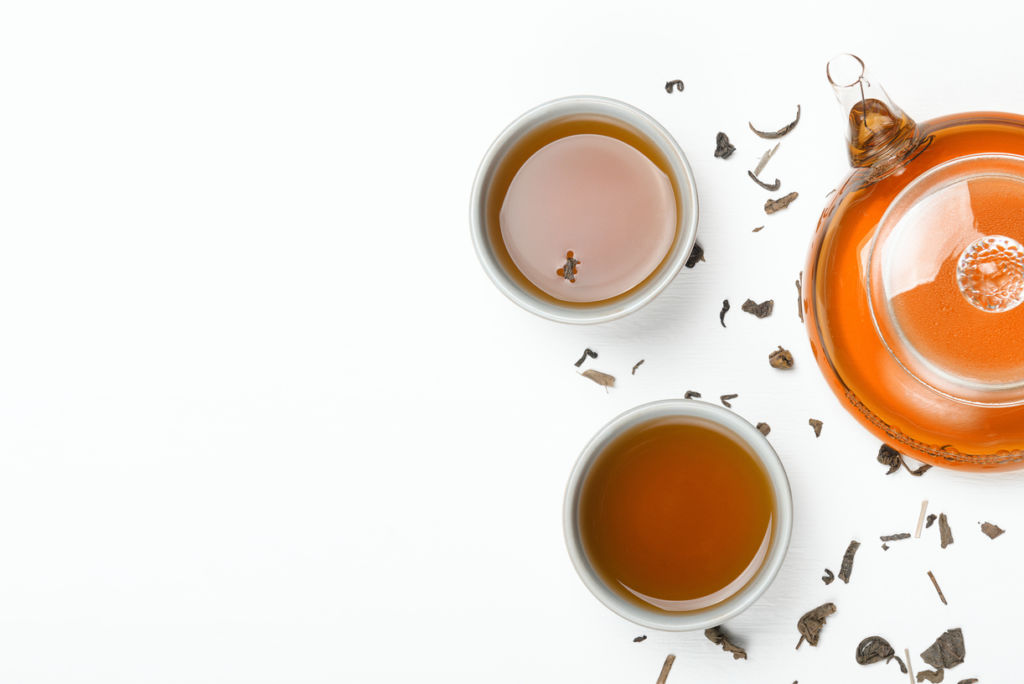 Detoxing teas have become extremely popular with some social media influencers, like Cardi B, who claims one brand of tea helped her get in shape for a music video. Several brands of tea have appeared claiming to help people lose weight with their unique blend of ingredients.

What does it claim to do?
Cleanse your system and give you a flat stomach in under a week by suppressing your appetite and speeding up weight loss.

What does it actually do?
Most of these teas contain a laxative of some form which can help give the appearance of a flat stomach in the short term but has no long-term impact on weight loss. Nutritionist Resource member, Sonal Shah (Director of Synergy Nutrition) warns strongly against the tea diet and fad diets in general. She says: “These fad diets involve eliminating whole food groups, which starves your body of important nutrients. They can generally provide short-term weight loss results, but are not sustainable in the long-term and can lead to weight gain after the diet is finished."

Our alternative
A daily fruit smoothie to help keep you ‘regular’ and 20 sit ups every morning using a Ab Pad. 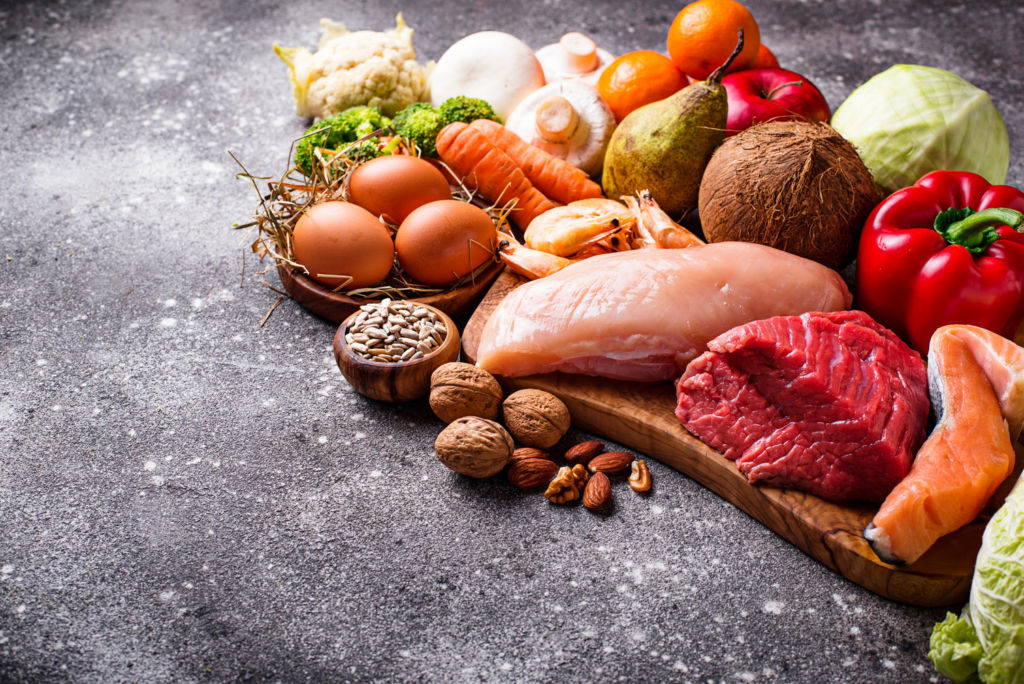 This diet takes us back several thousand years to when we were all cavemen hunter-gatherer types, thus removing processed foods and dairy from our diets. This means whole foods, fish, eggs and seeds are in, while sugar, trans fats and sweetened soft drinks are out.

What does it claim to do?
The architects of the diet claim the human body is genetically ill-suited to many modern foods and therefore getting back to basics will help us feel better through improved digestion and lose weight in the process.

What does it actually do?
The Paleo diet has gained huge popularity as many people identify with its simple hypothesis. However, experts are sceptical that the diet oversimplifies human genetic adaptation to modern farming and food production methods. There are also no in-depth clinical studies about the benefits and health risks of the diet and therefore it makes this list as a bona fide fad diet. Nutritionist, Sonal Shah, continues: “My observations show that a high fibre diet with plenty of fruit and vegetables and wholesome carbs does support weight loss and better gut health.” So while the idea of eating whole foods is a positive one, maintaining this diet in 21st-century society could be tricky.

Our alternative
If you are insistent on channelling your inner caveman to aid weight loss, try swapping out processed foods for whole foods and sweetened soft drinks for smoothies, water and herbal tea. For more Neolithic experiences adapted for the 21st century, swap lifting awkwardly-shaped rocks and trees for stylish Kettlebells to increase muscle mass. 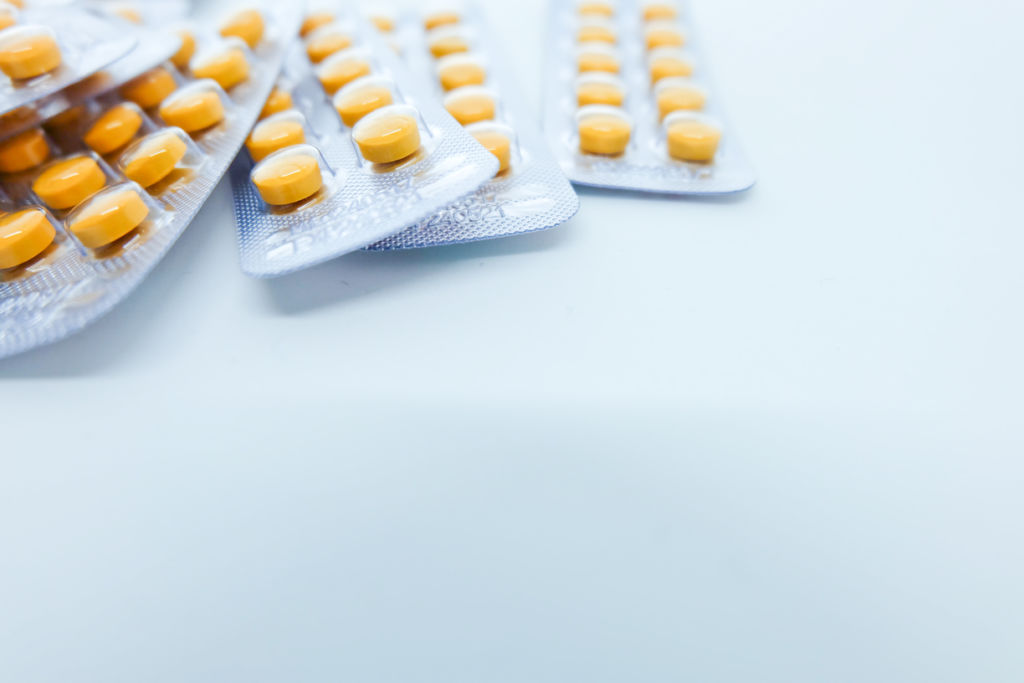 ‘Diet pills’ is a vague term for a whole industry of appetite suppressants and pseudo-laxatives, which aptly reflects the research conducted by those producing the pills. Celebrity endorsers and companies have been criticised heavily for promoting these pills online to people as a simple ‘get fit quick’ solution. More recently Keto diet pills, which suppress your appetite by increasing ketones in the body, have become popular. However it's claimed this can mess with hormones causing you to become hungrier in the long-term.

What do they claim to do?
Diet pills generally purport to help you lose weight by reducing your body’s need to consume calories. Therefore, by taking pills several times per day your body will either desire less food or get rid of more, depending on the supplement. Either way you’ll probably weigh less at the end of the day.

What do they actually do?
Diet pills can have the effect they claim, however there are often harmful side effects, like diminished mood and lethargy, with 'slim chance of success', according to Stephen Powis, the national medical director of NHS England – England’s most senior doctor. "People could end up doing more harm than good," he concludes.

Our alternative
Diet pills and appetite suppressants can be dangerous, and often ineffective, ways to reduce fat. Therefore increasing exercise levels to balance out calorie intake is a great way to get in shape without altering body chemistry artificially. It will also help improve your mood and tone your body. Take a look at some high intensity conditioning workouts for useful tips.

In the 1960s a leading plastic surgeon wrote a book which has since been widely misinterpreted to suggest that it is a steadfast rule that it takes 21 days to change a habit. Half a century later Beyoncé and her trainer, Marco Borges, added one and came up with the 22-Day Diet. The diet is largely plant-based and involves several custom meals.

What does it claim to do?
By maintaining a rigid diet for over 21 days the diet will become a new way of life after the three-week period as a reinforced habit. Beyoncé and Borges claim the diet helped her get back in shape for her Coachella homecoming gig.

What does it actually do?
While Beyoncé video-blogged her entire journey to get in shape in get in shape in 44 days, showing that the diet can have a positive impact, experts are keen to point out that the singer has access to resources that are unimaginable for most people. Recently the British Association for Nutrition and Lifestyle Medicine said the diet 'could be dangerous' as it cuts out a lot of proteins and carbohydrates which many people need in order to function day-to-day. There is also scepticism about whether the 22-day diet will really have a lasting impact for people in everyday life.

Our alternative
While we are not eager to question the undisputed queen of pop, being inventive and fresh with your home-cooked food, without subscribing to an expensive diet plan, is a great way to help regulate your intake of fats and calories as you know exactly what’s going into your food. Combine nutritious, fibre-heavy food with regular workouts using Weight Plates to tone up and shed fat.

2020’s most on-trend diet is the Khloe-Kardashian-endorsed Flat Tummy Shakes, which promise to help people, primarily young women, get a flat stomach in record time through swapping meals for protein-heavy shakes. While the shakes have become popular through influencers and clever digital marketing tactics, doctors have expressed concerns about the shakes, warning not to expect long-term results.

What do they claim to do?
The Flat Tummy company claims the shakes contain ‘all the best things a babe could ask for’ which consists of, according to its website, 20 grams of plant-based protein, 22 vitamins and minerals, 50 fruits and vegetables and an abundance of Super Citrimax (we don't know either). It claims the shakes boost energy, speed up metabolism, reduce bloating and enhance mental clarity too. Subscribers to the idea are encouraged to have a shake at mealtime to make sure they feel full and don’t need to eat actual food.

What do they actually do?
Nothing but long-term harm. Doctors have routinely warned people not to buy into the product, which contains a known laxative, to speed up weight loss. The social media reaction to Khloe Kardashian’s promotion of the shakes has been scathing too with presenter Jameela Jamil publicly calling out the influencer for irresponsibly implying women can get the body they want by swapping food for shakes. An article in Cosmopolitan magazine revealed that while they might help women get a flat stomach in the short term, while starving the body of a whole host of essential food groups, once people return to eating proper meals, the pounds will pile on quicker than ever.

Our alternative
Rather than restricting yourself to shakes, try a measured diet which is rich in fibre and protein with limited carbohydrates. Try to pick up regular exercise routines which are sustainable and fit around your lifestyle. Take a look at our article for ways in which a few simple pieces of conditioning equipment could help improve your health.

OTHER CELEBRITY-ENDORSED HEALTH TIPS TO AVOID 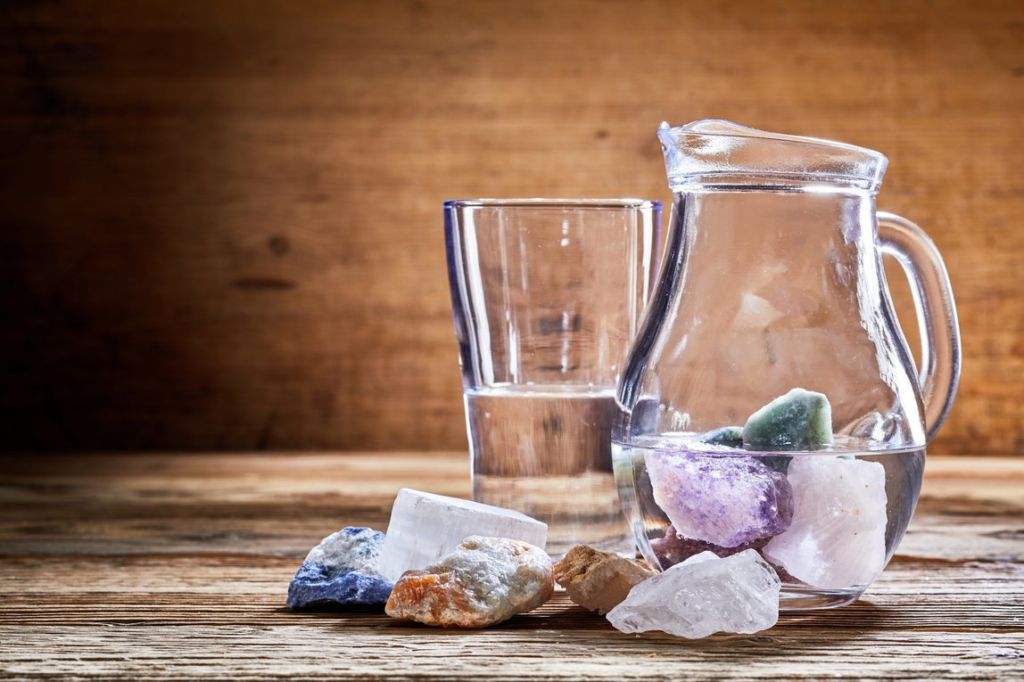 IV drips for hangovers
The moment you put a needle in your own arm piped up to an intravenous drip above your head with the word ‘party’ on the label, you know you need to take a long hard look in the mirror. Hangovers are unquestionably awful, but they do at least help us to regulate our alcohol consumption when we wake up vowing never to touch the stuff again – or at least until the weekend.

Hair gummies for silky locks
Sweets which will make your hair shimmer and can even help you lose weight claim flawless celebrities in sponsored social media posts. Expensive congealed sugar which has no proven impact claims the medical community.

Crystal water for spiritual hydration
By putting water into your own crystal-infused gemstone water bottle you can reap several spiritual benefits released into the water by the gemstones. This has widely been derided by the British Association of Dieticians who support hydration, but not necessarily with spiritual infusion.

She says: “Unless a celebrity has studied intensively in nutrition and the structure of the human body and how it works, then they should not be administering health advice to followers. They can share what they have been following themselves with the results but there should be a disclaimer attached as what works for them is not a one size fits all approach. To keep in shape and overall health, requires daily commitment and effort as there is no magic pill for weight loss.”

Do not forget the importance of regular structured exercise, which is paramount for fat loss and building muscle density to shape up the body. Regardless of what diet anyone is following, the most effective way to boost metabolism and drop the fat weight is by moving that body of yours.”